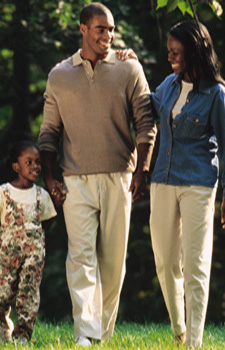 How does Continuum of Care help children and families?

Continuum of Care uses a care planning process called Wraparound, an integrated, multi-agency, community-based process grounded in a philosophy of unconditional commitment to support families to safely and competently care for their children. The single most important outcome of the Wraparound approach is a child thriving in their home with their family and maintained by normal community services and supports.

Wraparound is a planning process that follows a series of steps to help children and families who have complicated needs. The Wraparound process also helps make sure children and youth grow up in their homes and communities. It is a planning process that brings people together from different parts of the whole family’s life. With help from one or more facilitators, people from the family’s life work together, coordinate their activities, and blend their perspectives of the family’s situation.

Who is eligible for Continuum of Care's services?

South Carolina children with serious emotional or behavioral health diagnoses whose families need help caring for their needs are eligible for Continuum's services. For more information, read our page about eligibility.

Why was Continuum of Care created?

The Continuum of Care for Children with Severe Emotional Disturbance was established by the South Carolina legislature in 1983 to demonstrate the feasibility of providing services to children with the most severe and complex emotional or behavioral health challenges, and to serve as the basis for development of future state policy regarding services for such children and youth.

This legislation was the culmination of several years of intense advocacy by many individuals and groups who recognized that these children and adolescents with multiple problems and needs were not being adequately treated by the system of care in South Carolina.

The result was a three-year pilot project which targeted children between the ages of eleven and fourteen who were diagnosed as severely emotionally disturbed and who had “fallen through the cracks” of the existing service delivery system. During the three years of the pilot, the Continuum’s administrative structure was established, client referral and selection procedures were initiated, and services such as intensive case management, in-home treatment, psycho-educational classroom instruction, summer therapeutic recreation, a variety of individualized wrap around services, therapeutic foster care, high management group home care and comprehensive volunteer services were developed.

In 1984, the Legislature provided additional funds to the Continuum of Care through a contract with the South Carolina Department of Education for the purpose of enabling emotionally handicapped students to benefit from special education. The contract, which became effective in 1985 and has been renewed each year since that time, made sufficient funding available that client services could be provided on a statewide basis.

Between July 1994 and July 1996, in an effort to minimize a budget deficit incurred by the South Carolina Department of Social Services, the Continuum of Care took the lead in a legislated demonstration project designed to address the needs of the population of children with emotional disturbance who were in State custody and in need of therapeutic residential care. The initiative made the Continuum the primary case manager for those children, and it resulted in the Continuum’s increasing its caseload by approximately 400 percent and its staff size by 127 percent. The effort was so successful that the Continuum’s service model, all clients in the custody of the State and adequate staff to provide case management and other services for the clients was transferred to the Department of Social Services on July 1, 1996. The transfer created the Managed Treatment Services (MTS) Division of DSS. It also made the Continuum’s client population one that contains only those children who are in the legal custody of their natural families or other non-state guardians.

What’s the Continuum’s role in the Palmetto Coordinated System of Care initiative?

The Palmetto Coordinated System of Care (PCSC) is a multi-disciplinary partnership between families, youth, providers, and child-serving public agencies to help children stay in their home, school, and, when possible, out of the child welfare and juvenile justice systems. The PCSC serves all of South Carolina’s children and youth with serious emotional and behavioral health challenges.

The Continuum of Care’s (COC) use of the evidence-based model High Fidelity Wraparound care coordination is one of many services offered under the PCSC. While the youth the Continuum partners with can benefit from the broader system of care, COC’s focus will always remain on the successful outcomes and goals for the youth and family receiving wraparound. At a statewide level, COC works to continue successfully implementing and sustaining its care coordination model.


COC’s director is part of the PCSC’s governing body in addition to five other child-serving agencies and three family members. Agency leadership regularly participates in various committees and workgroups that guide the PCSC’s development.